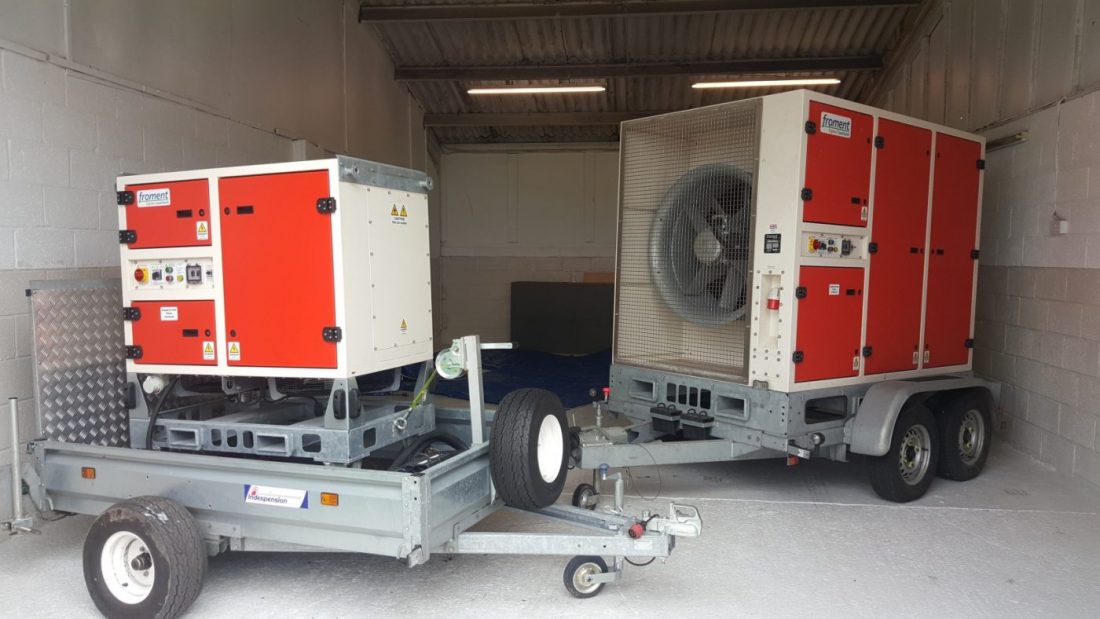 what is a load bank testing for a generator?

Load bank testing places a calibrated load onto a generator (or UPS) to see how it performs under loaded conditions. Generators, especially standby diesel generators, can lie idle for extended periods with sometimes only occasional offload test running. While regulary running a generator off-load is a useful exercise it doesn’t tell you how it will perform in a real loss of mains power situation when the unit has to take the actual site load. That is where a load bank test comes in – we can test the full capacity output of your generator against our own load banks.

Why load bank test a generator?

If a company owns a generator then it is a critical item of equipment and knowing that it will perform as it should when the mains fails is very important. Testing the generator against the site load shows that there are no issues with the compatibilty of the generator and the load profile of the site but often the site load is low and does not exercise the unit to 100% rating. Weekly or monthly off-load starting and running will lead the generator to accumulate unburnt fuel deposits in the cylinder and exhaust system; this leads to smokey exhausts, oily deposits and higher emissions. Regular load bank testing to full load and full temperature burns these deposits off and reduces the smoke, oil build-up and associated fire risk.

One of the most important reasons for load bank testing a generator installation is the peace of mind and confidence it gives the owner of the equipment that the generator will perform when it is required.

How do you load bank test a generator?

A load bank is an artificial electrical load which is connected to a suitable output point of a diesel generator or uninterruptible power supply (UPS). The generator is started and load is gradually applied in stages until full load is reached. All parameters such as voltage, frequency, temperatures and pressures are taken and recorded – over time this will give you a comparison to see issues with your standby power system before they reach a critical stage. You would normally run on full load for at least an hour to ensure there are no overheating issues and the deposits are fully burnt off. 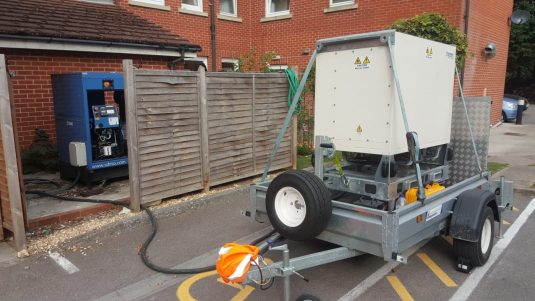 how often should a generator be load bank tested?

If your generator is regularly started and run on light load or off load then we would recommend load bank testing every year. If it is run on light load every day then maybe every 6 months but this can be assessed on an individual basis.

We would also recommend load bank testing on first installation of a standby system to ensure it functions correctly in the particular circumstances and also before any major event that might require the unit to run – a large event at a stadium for example.

Here at Hampshire Generators we have our own 30KW, 200KW and 1000KW mobile load banks complete with all necessary cable and connections. We will attend your site or undertake load bank testing at our works in Swanmore. The load banks are latest generation units with Sigma controllers – giving complete control of the test and output parameters. Road-going trailer mounted for ease of use – with 100m Sigma controller extension cables.

Engineers can be supplied to test your installation or the load banks can be hired on a supply only basis – contact us on 01329 722390 or info@hampshiregenerators.co.uk for more information.

View Cart Checkout Continue Shopping
We use cookies in order to give you the best possible experience on our website. By continuing to use this site, you agree to our use of cookies.
Accept
Reject